Seventy miles from Key West is one of the least visited national parks, Dry Tortugas. The park consists of coral reefs, shipwrecks and seven undeveloped islands, including Garden Key, the site of Fort Jefferson.  Construction of Fort Jefferson began in 1846 and was never completely finished.
However it was a Union military prison during the Civil War and then abandoned in the 1880's. 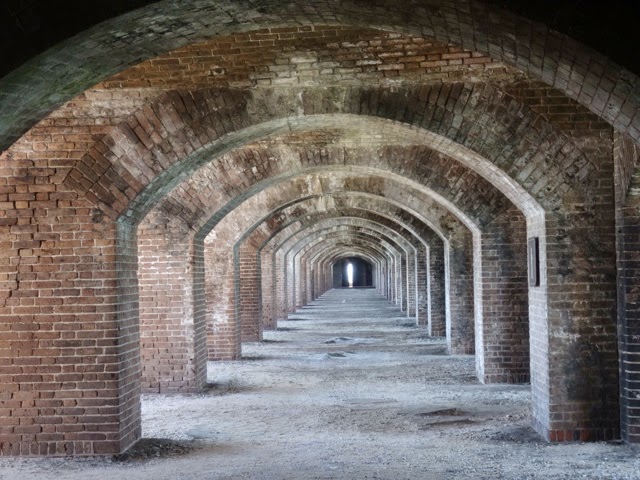 The only way to get here is by boat or seaplane, so you have the island mostly to yourself.
Explore the fort at your leisure! 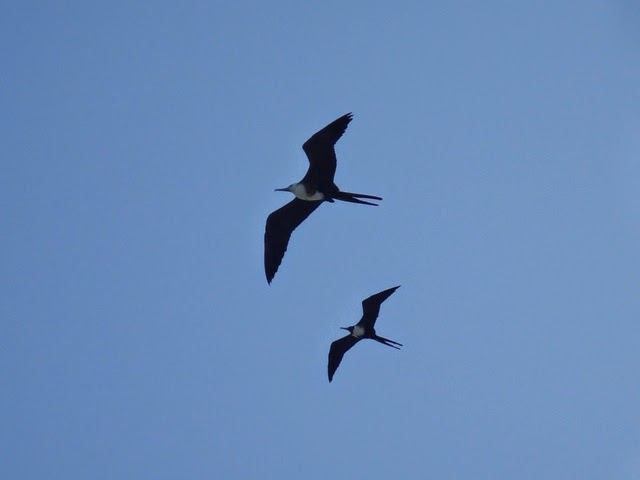 The park is an important wildlife refuge for lots of seabirds.
These frigate birds were coasting over the fort. And these black skimmers were hanging out on the beach with the gulls, pelicans and sandpipers. 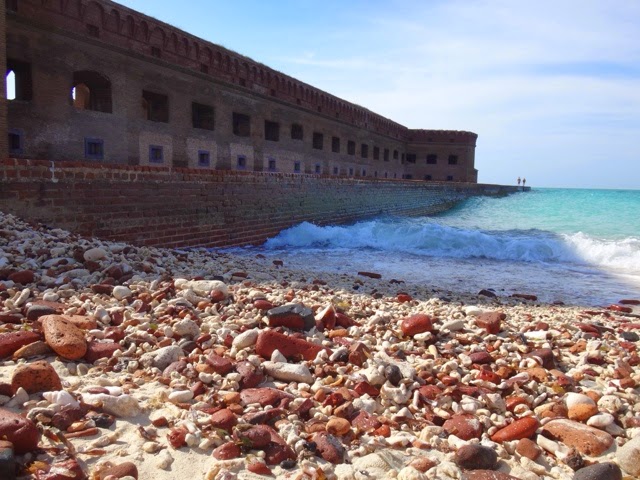 This beach near the fort was a mix of coral & brick fragments. 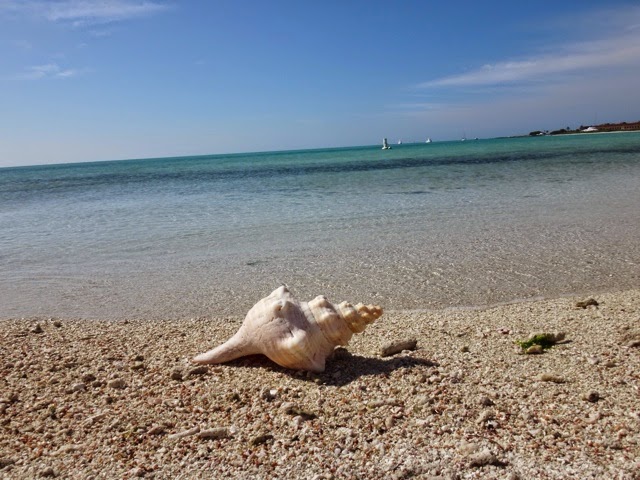 You won't regret a visit to this remote park!

Posted by tagnrocky at 6:12 PM