Continuing our travels in Texas, we stopped at Carlsbad Caverns,
just a few miles over the Texas border in New Mexico. 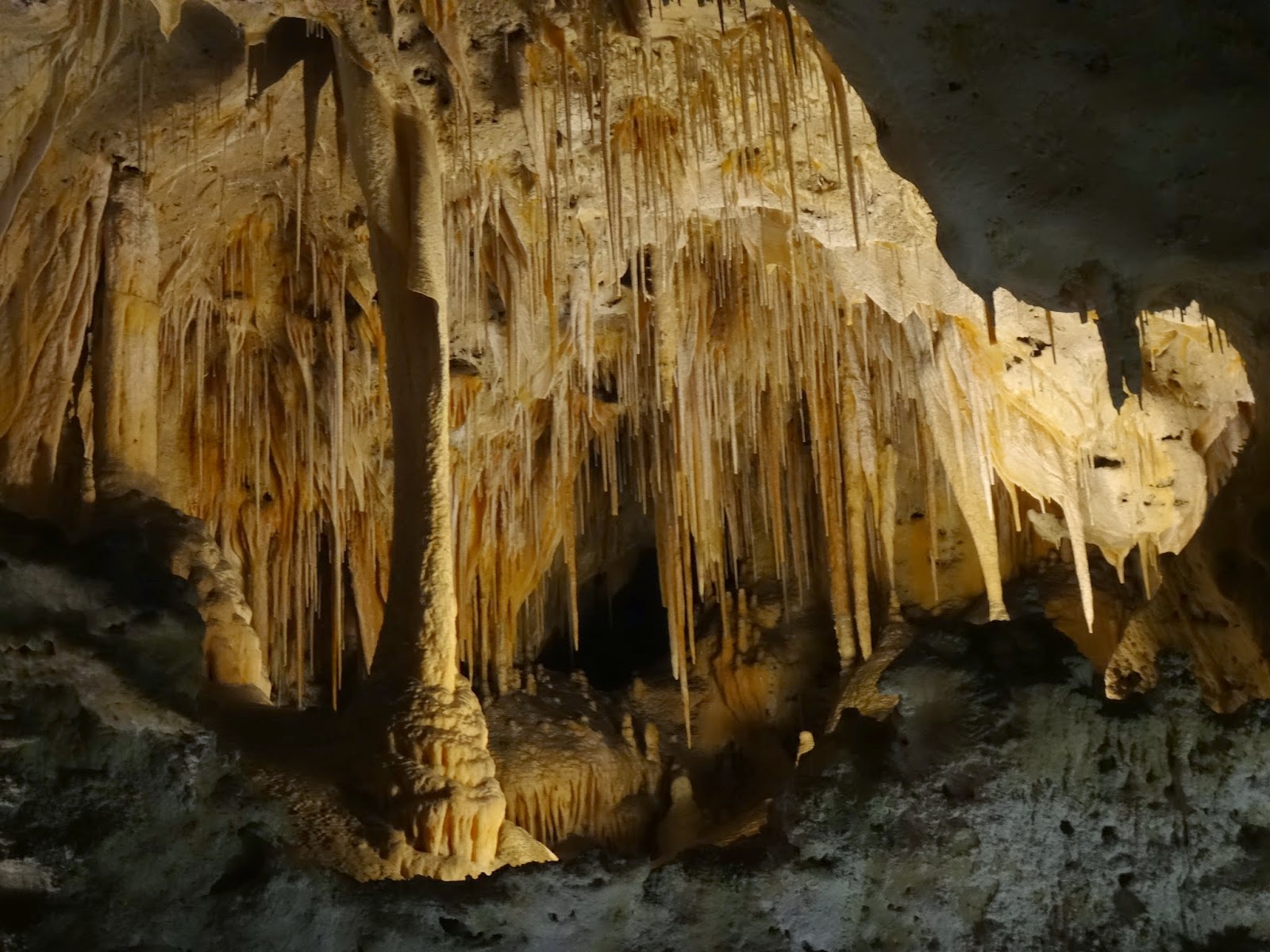 There is a reason it is called a cavern instead of a cave!
This place is huge.
We hiked the self guided trail in the cave's "Big Room" which cover 14 acres! 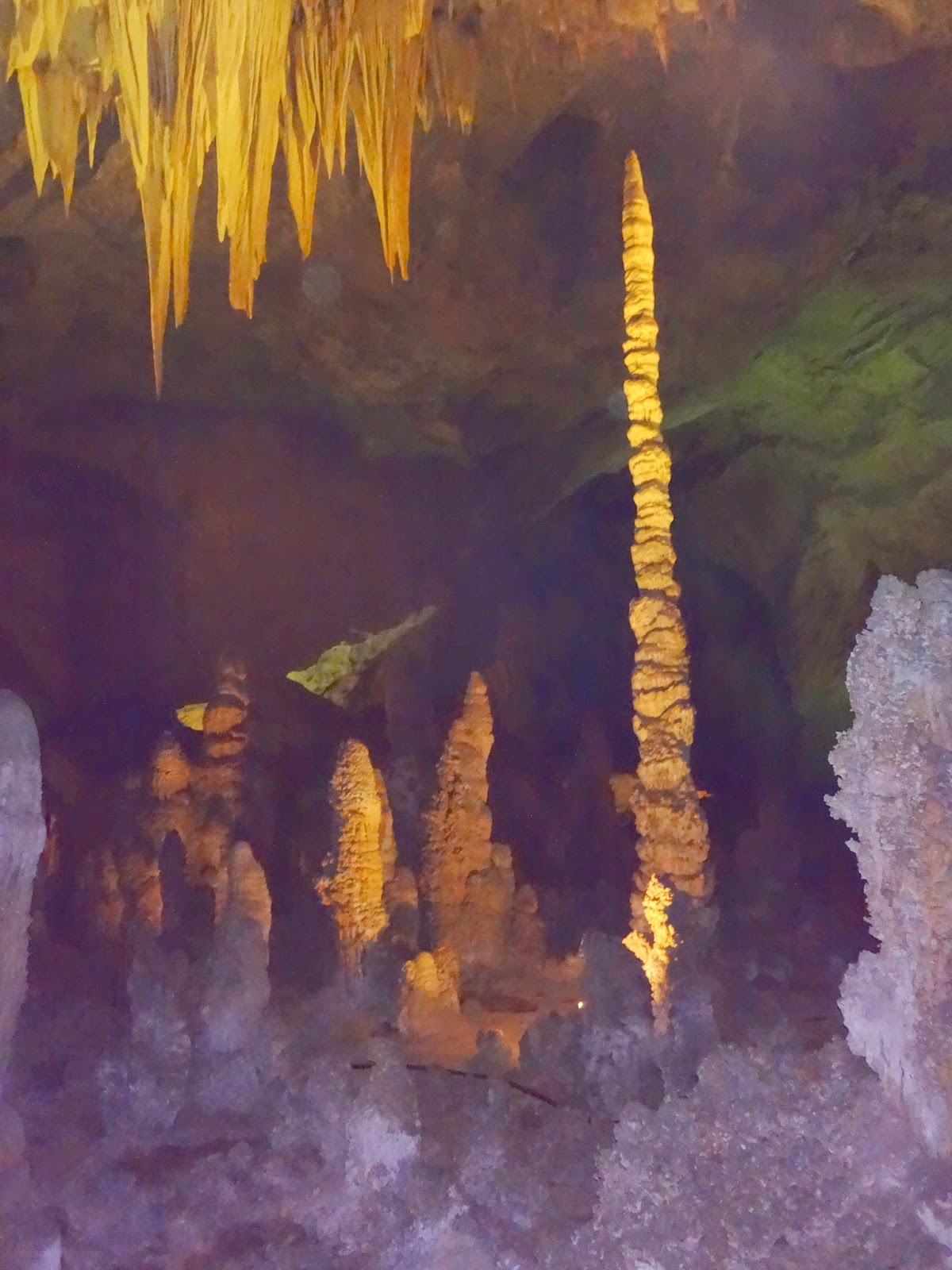 This formation is called the Totem Pole with the "Chandelier" in the upper left corner. 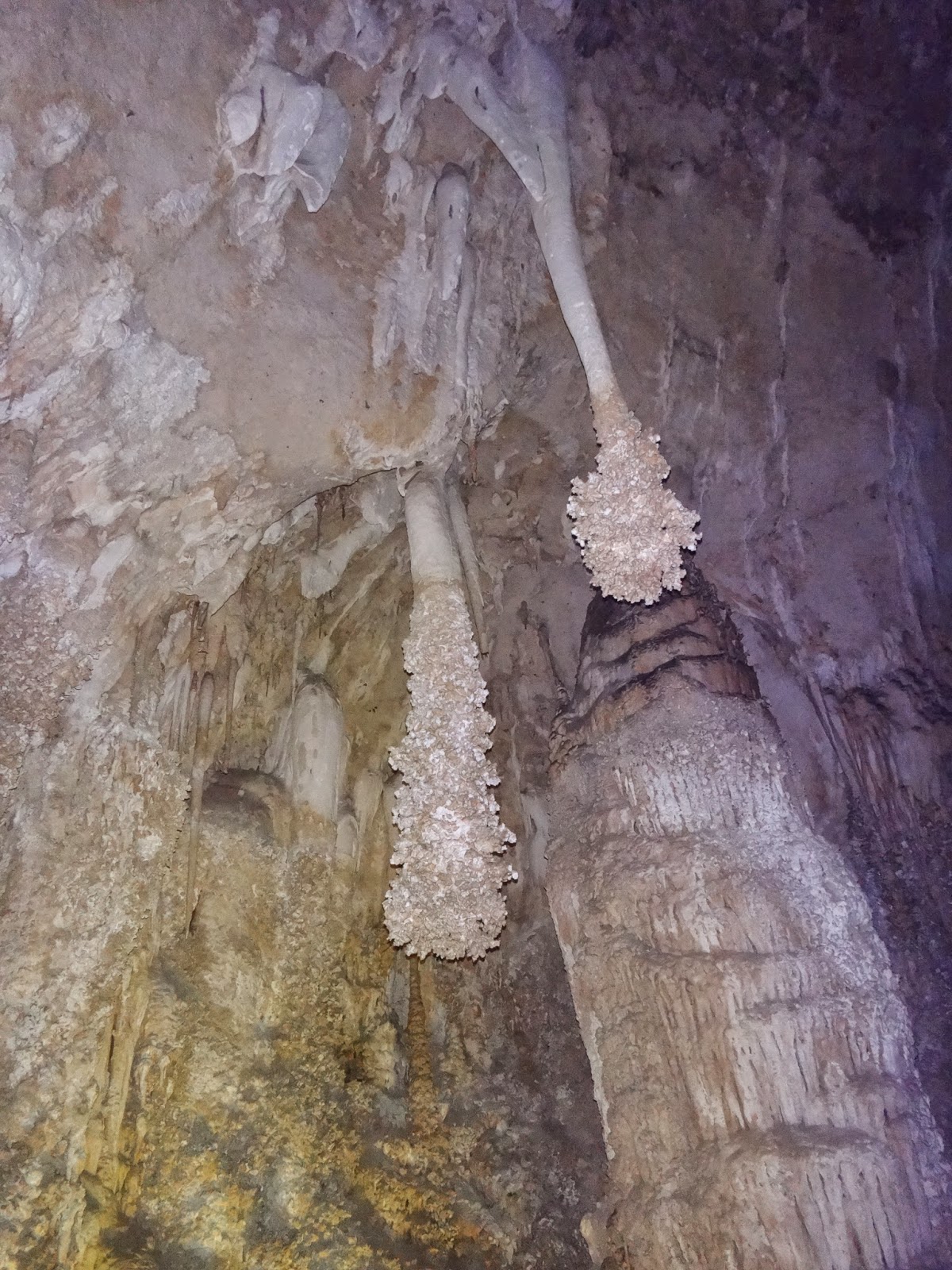 The "Lion's Tail" was my favorite formation. 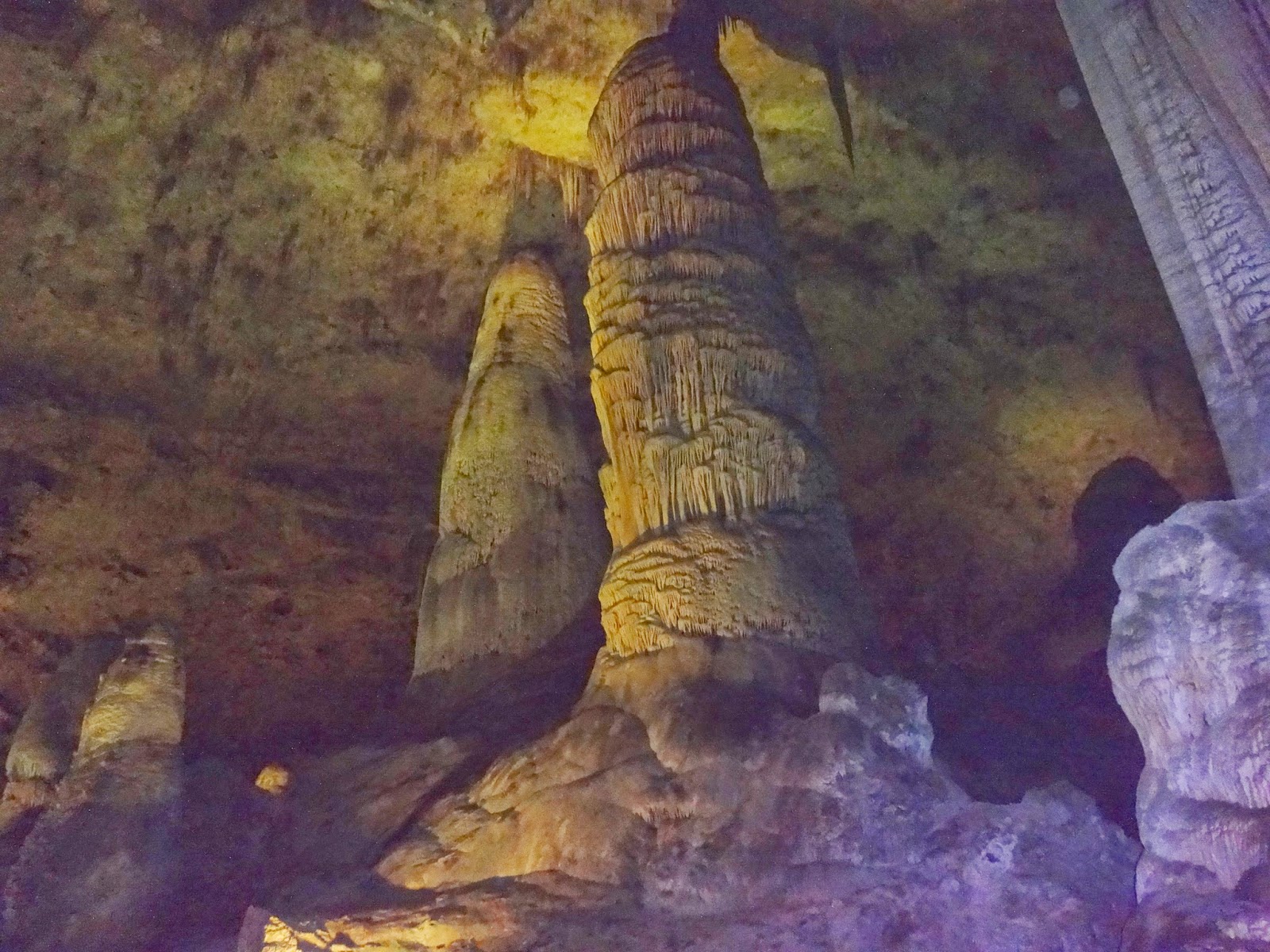 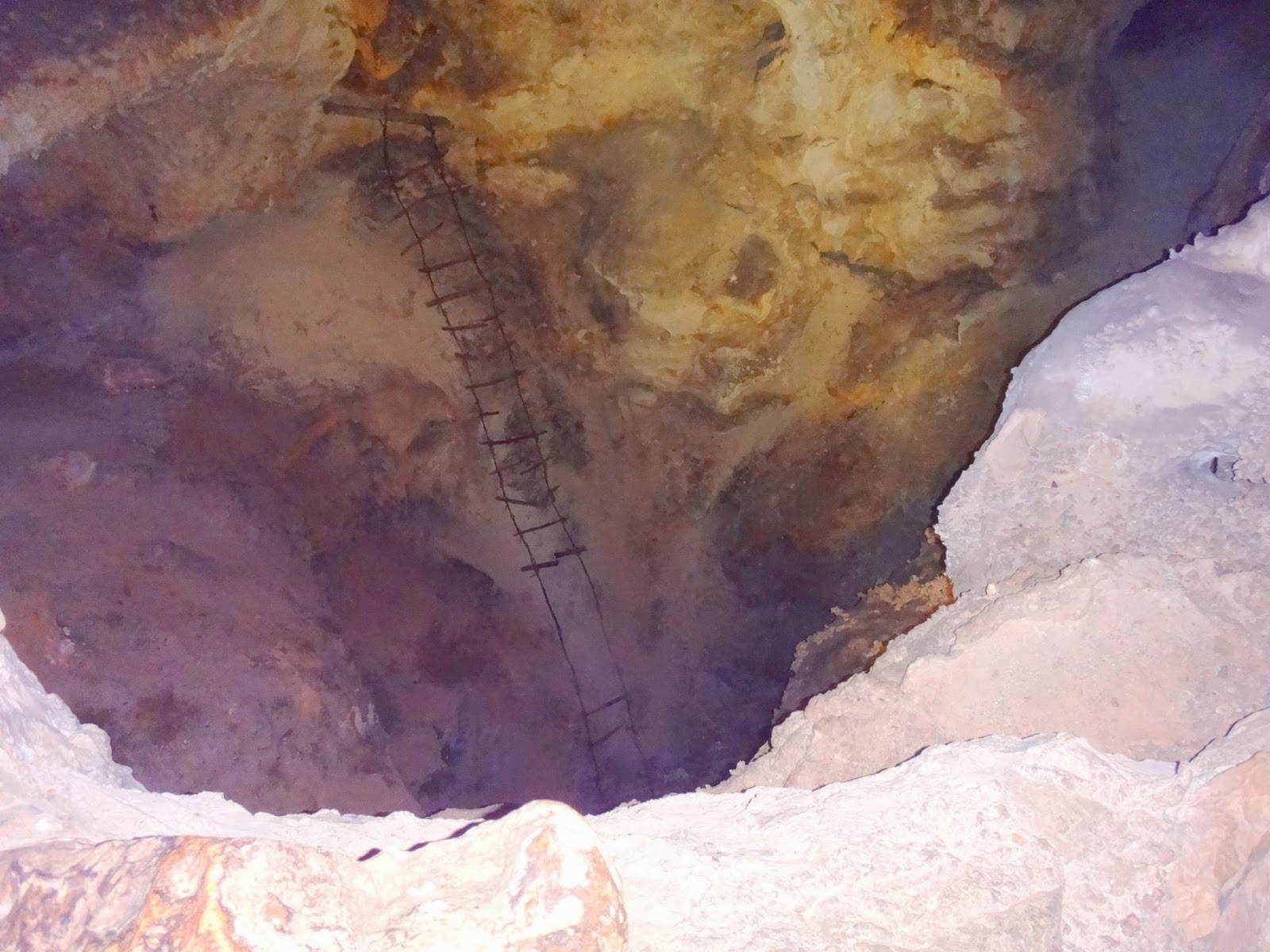 An old wire ladder leading to the lower cave.

Carlsbad Caverns was very impressive.  I thought it was prettier than Mammoth Cave
and much more spacious.  The big room was huge with a ceiling height of 285 feet in some places.
In contrast, Mammoth Cave is longer but its passages are much narrower.
Both parks are worth visiting though.
Posted by tagnrocky at 9:45 AM