Day one & two were spent in Michigan
traveling north along Lake Huron. 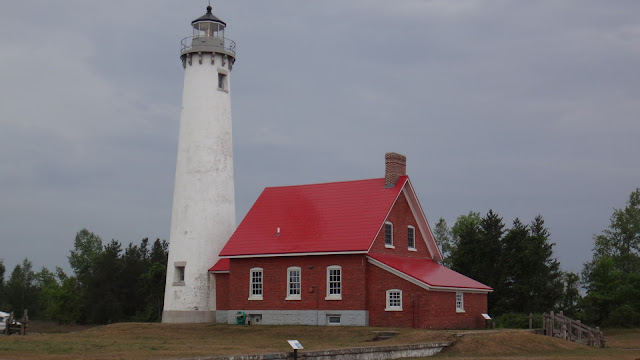 There are many lighthouses along the lake.
This is Tawas Point lighthouse in Tawas Point State Park
located just north of the thumb of the Michigan mitten. 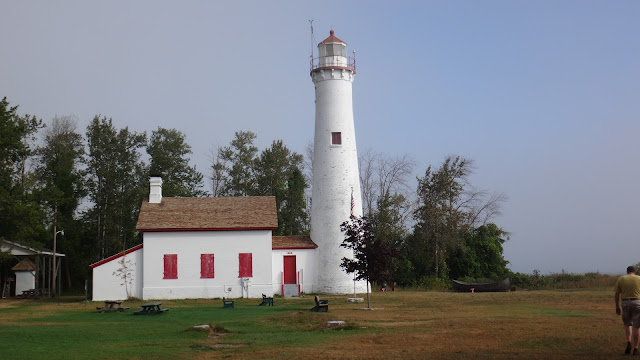 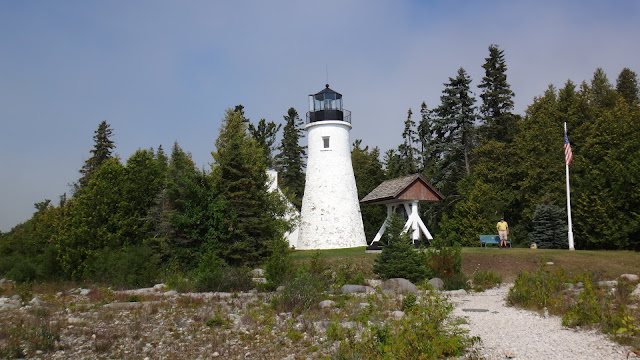 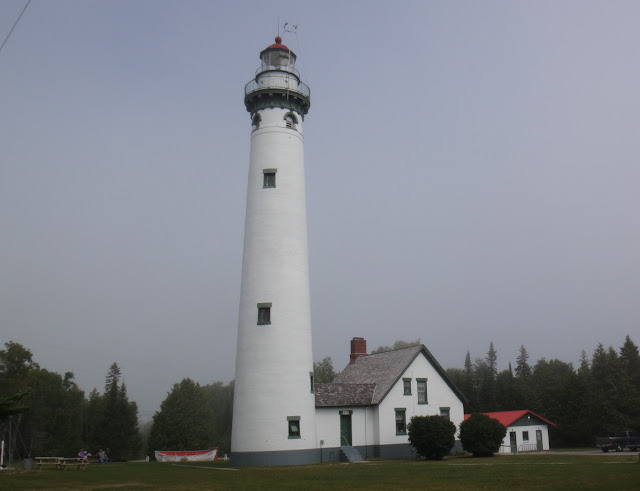 New Presque Isle Lighthouse is about a mile away from the old lighthouse.
It is the tallest lighthouse accessible to the public on the Great Lakes. 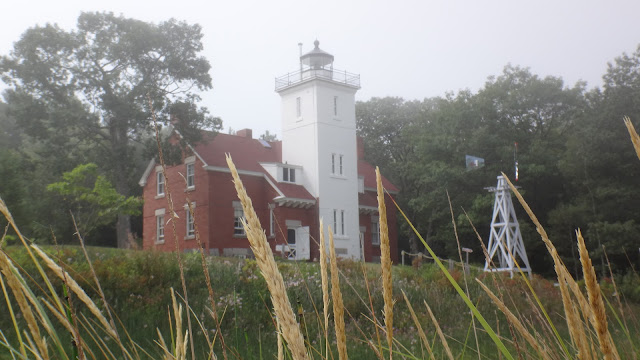 This unusual square lighthouse is 40 Mile Point Lighthouse
which is 40 nautical miles from Mackinaw Point. 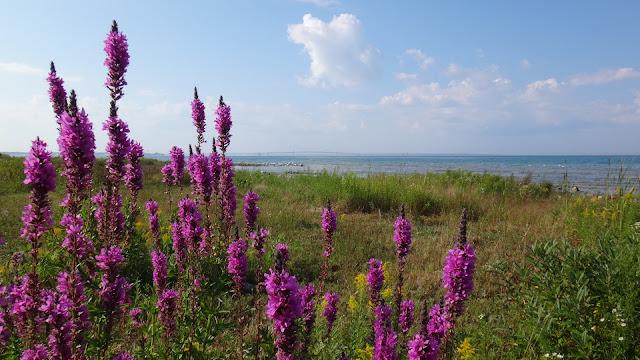 We camped on the lake near Mackinaw City in sight of the Mackinac bridge. 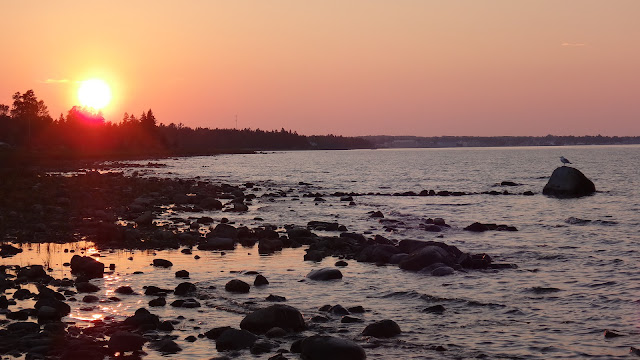 And watched the sunset over Lake Huron. 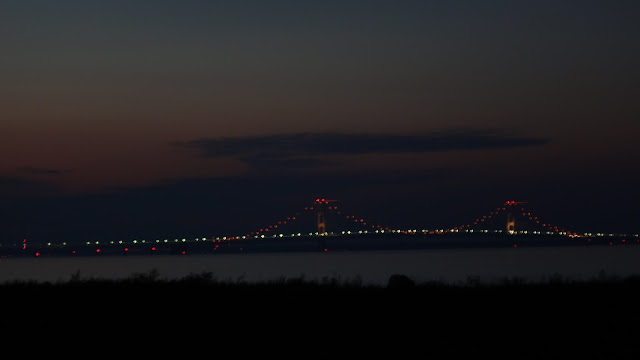 Posted by tagnrocky at 5:34 AM