We took a cruise through the Panama Canal.
Wow!
It took our cruise ship 9 hours to navigate the entire canal. 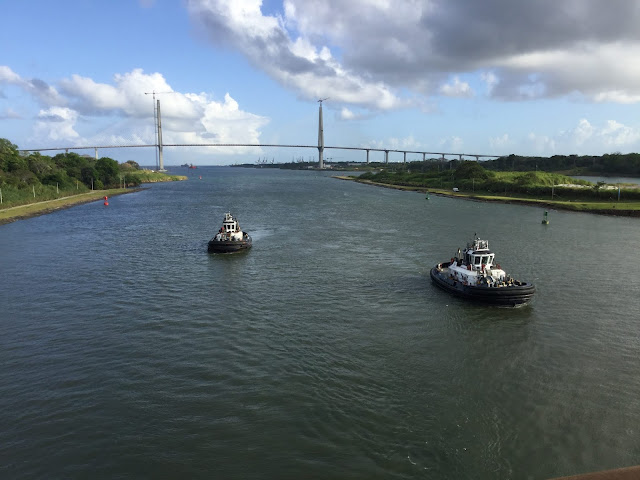 Our cabin faced out the back of the boat, an aft cabin.
So our view was of where we've been.
Here we go, leaving the Atlantic Ocean followed by 2 tugboats.
That's the Centennial Bridge we've just passed under. 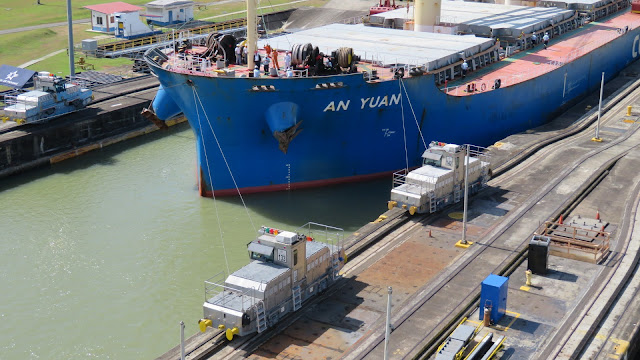 These rail cars are used to keep the ship in the center of the lock.
They are tied to the ship and escort it through each set of locks. 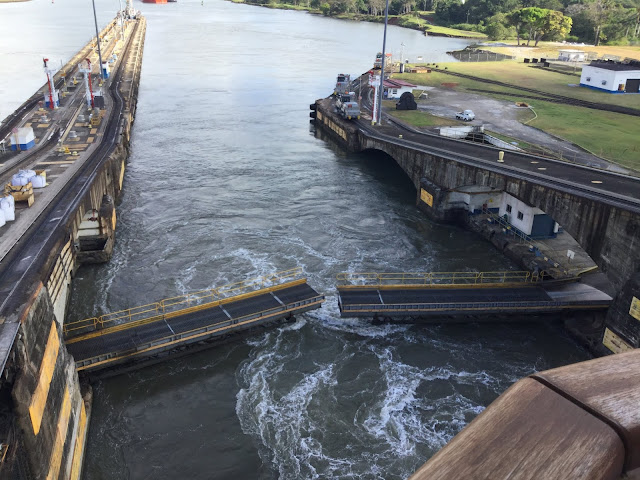 The Gatun locks have a series of 3 locks which lift the ship 85 feet.
The first lock had a bridge which also swung open and closed for local traffic. 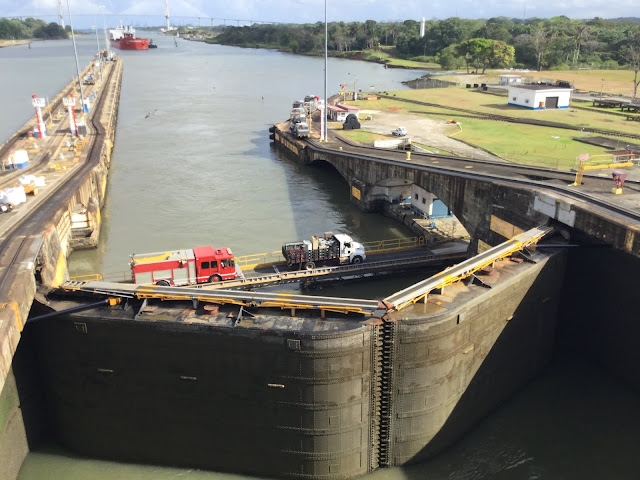 A fire truck was waiting to get to the other side. 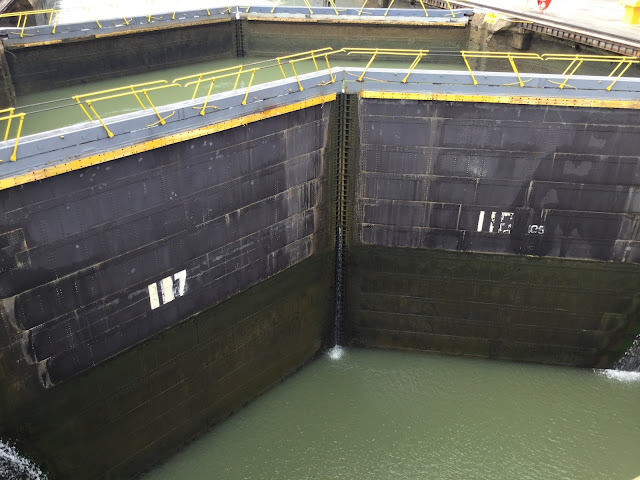 The huge lock gated close and water pours in, raising the ship up. 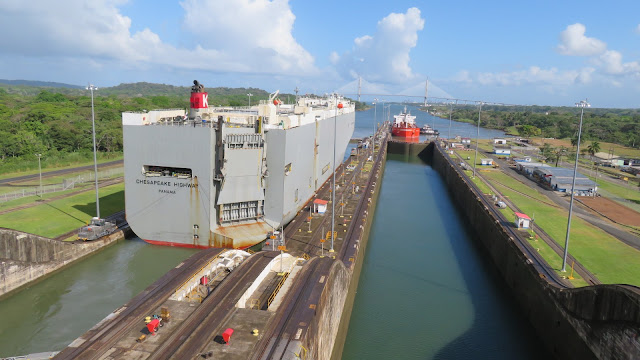 Since we are looking out the back,
we have a great view of the ships following us through the canal.
There are 3 lanes of locks, these two are the original which were finished in 1914.
A third lane for mega ships just opened in 2016 and is nearby. 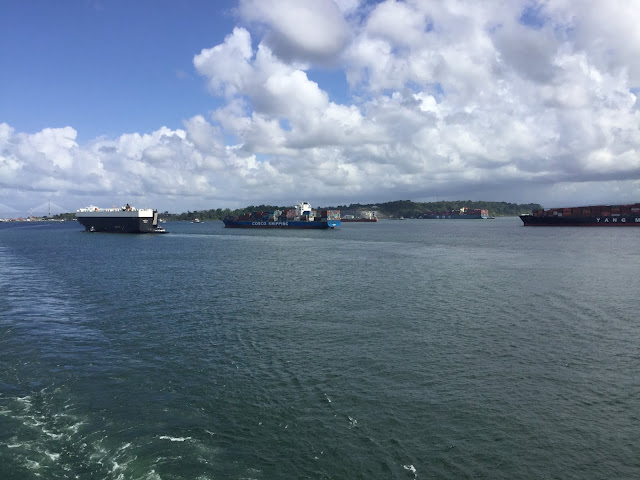 Two more locks and we then sail into Gatun Lake.
I didn't realize there was a big lake in the center of Panama where the huge ships
wait to enter more locks. 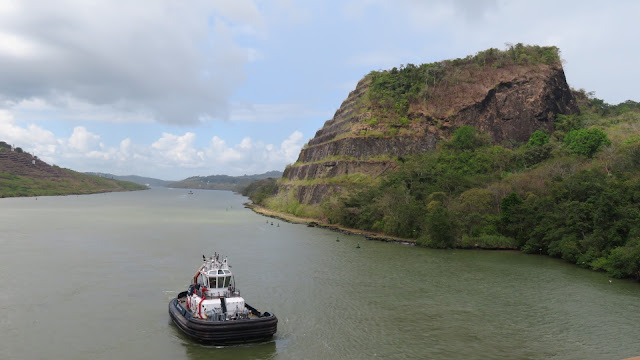 Some areas had to be blasted open for the canal.
There's our trusty tug accompanying us! 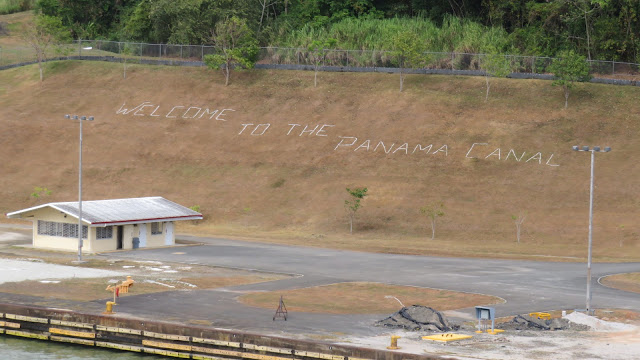 Another set of locks, the Pedro Miguel locks lower us 30 feet into Milaflores Lake. 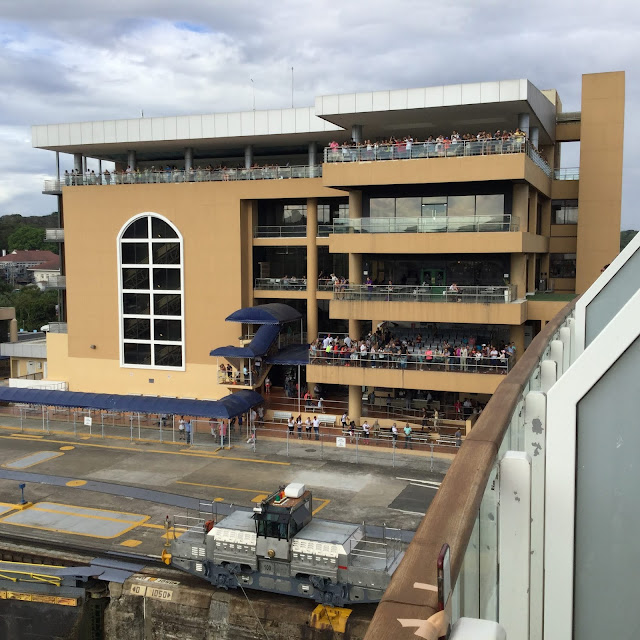 At the last set of locks, the Milaflores locks, our ship is lowered to sea level
while lots of visitors watch from the visitor center.
(That's the back of our ship and one of the locomotives helping us transit in the photo) 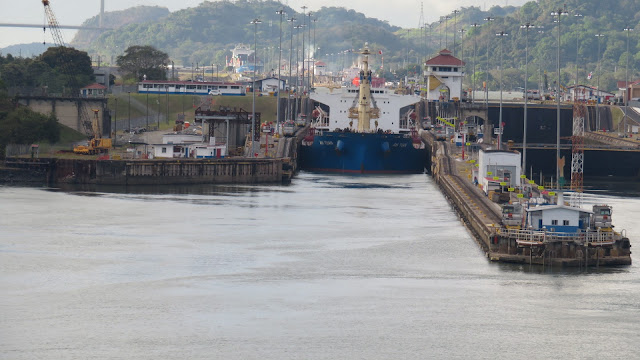 We've made it through! 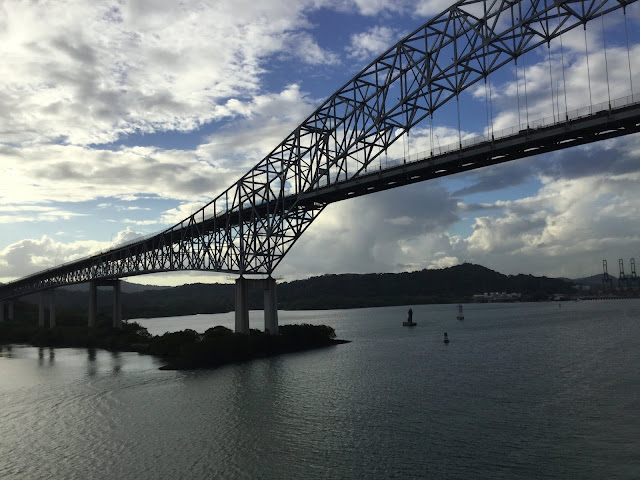 Going under the Bridge of the Americas,
the last structure we pass before heading into the Pacific Ocean. 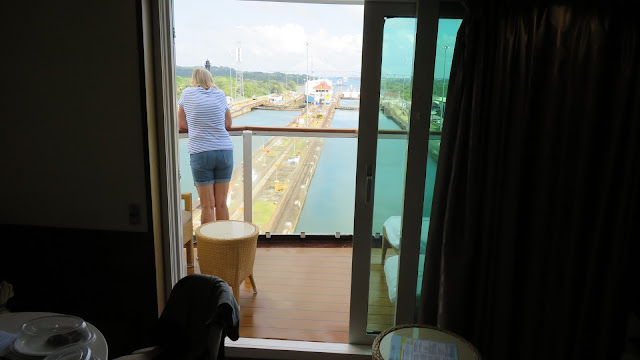 How we spent our day transiting the Panama Canal.
What fun!