Another stop on our cruise was Nicaragua where we visited a banana plantation. 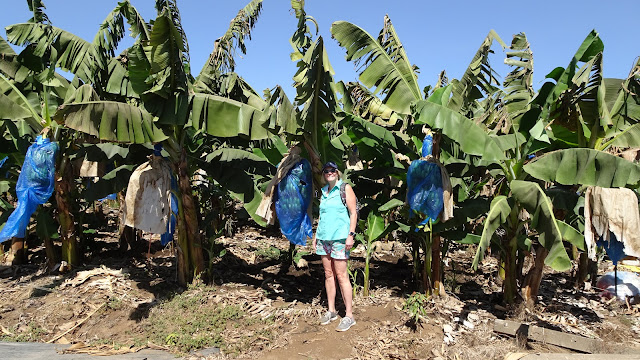 The bananas are covered in bags in the field to protect them from insects
and rubbing which causes bruising.
No one wants black marks on the their bananas! 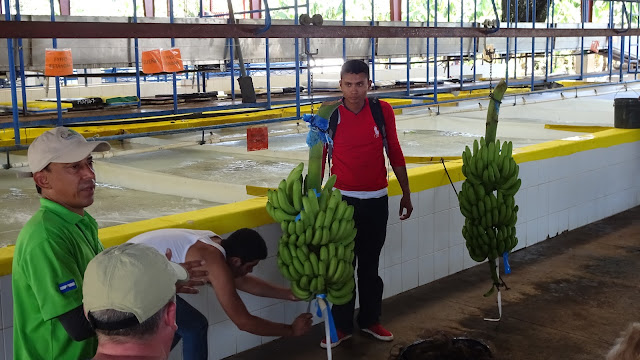 One surprising thing I learned is that the bananas grow upward
instead of hanging down like I expected. 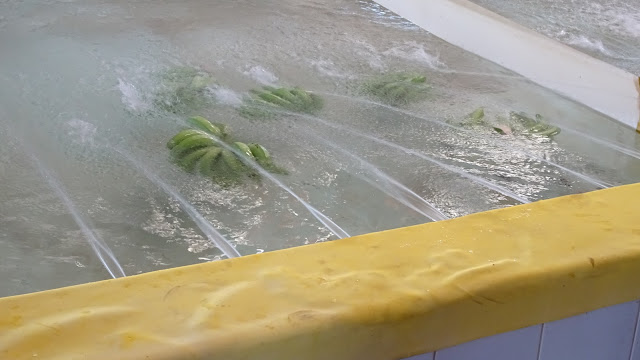 After being cut from the stems, the bananas are washed 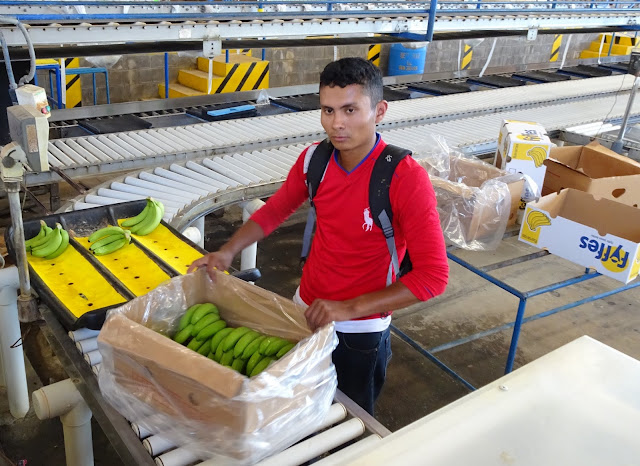 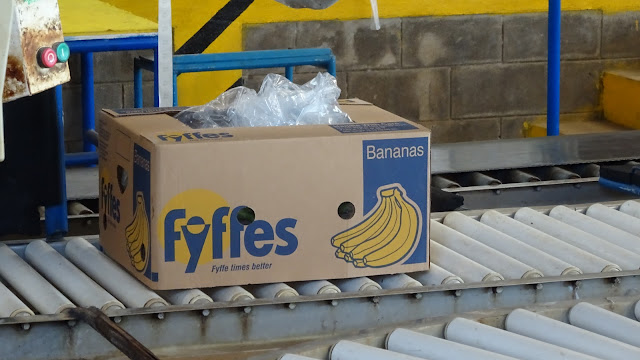 And ready to ship.
Maybe this box will go through the Panama canal! 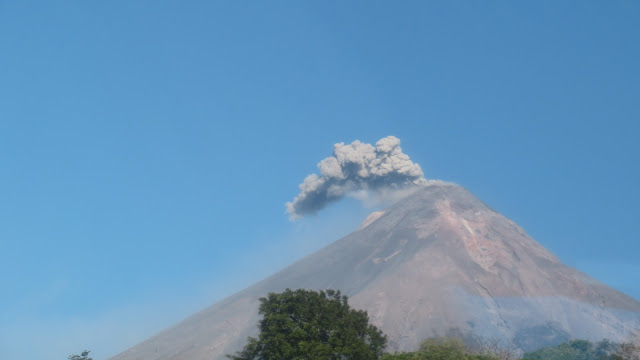 Another port of call was Guatemala, where we saw the active volcano, Fuego. 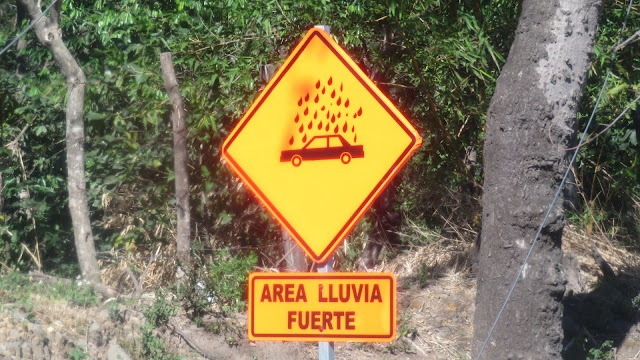 The volcano just erupted 6 months ago in June of 2018. 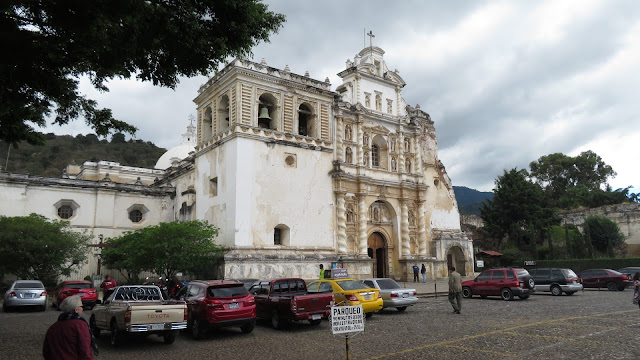 Antigua is a mere 17 kilometers from the volcano
and is an ancient city which has seen eruptions before. 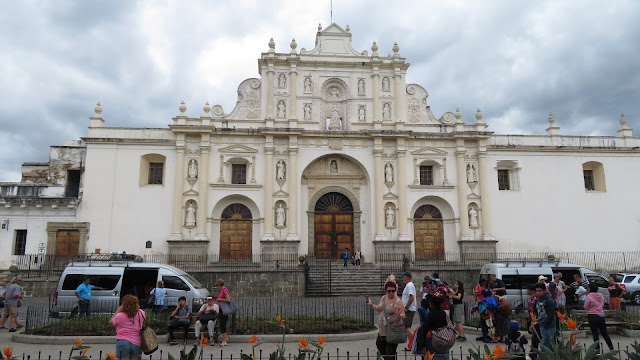 Antigua is known for its Spanish architecture. 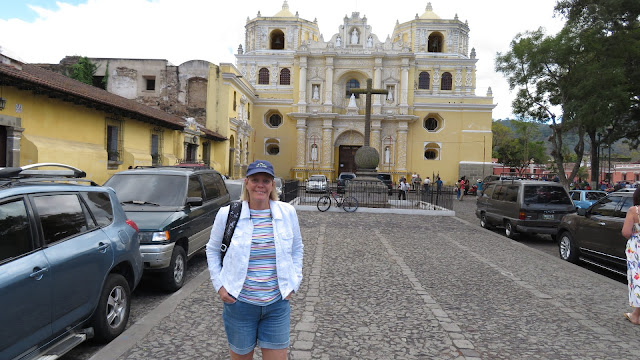 And has many beautiful churches. 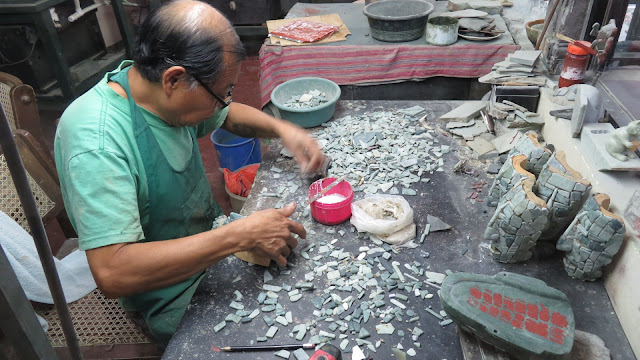 Jade is also mined in Guatemala and we visited a Jade factory
where workers were carving and creating jade masks, among other things. 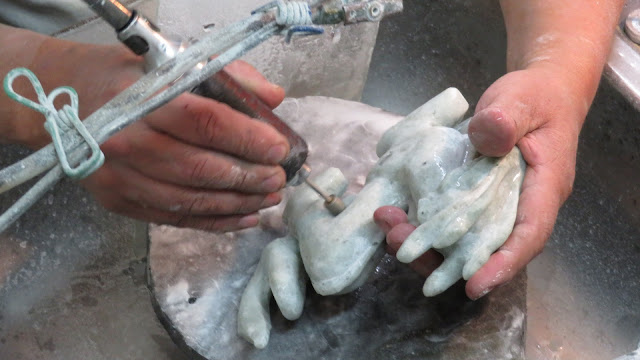 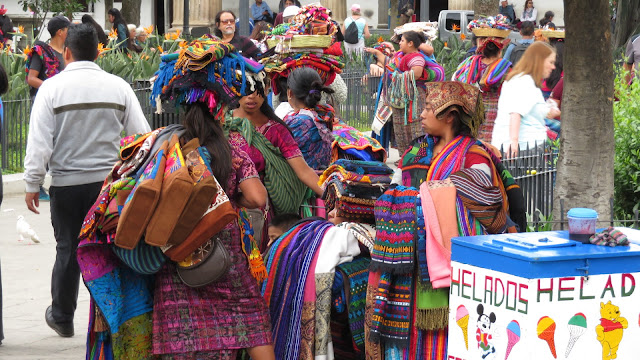 There are many street vendors in the town market. 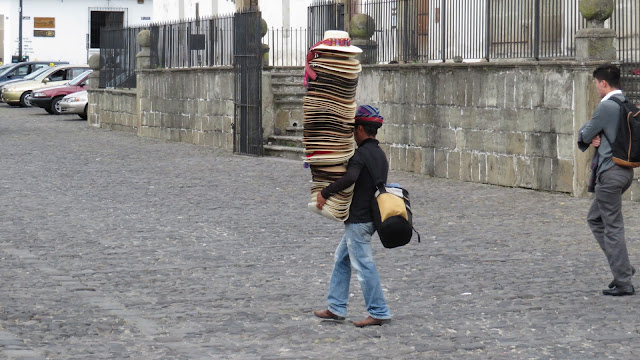 You can buy just about anything you want! 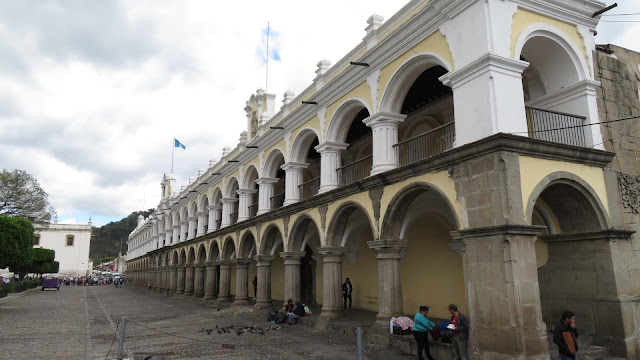 Antigua was a lovely historic city.